Ask your WordPress questions! Pay money and get answers fast!

I can remove the <title> stuff manually before I press post, but I've now set up a facebook comments box as a plugin, so when people comment, the post automatically comes up with the <title> and </title> and sometimes with the html for the post's photo.

Can test it out by going to this post then commenting in the FB comment box and looking at how it appears on your facebook wall:

Anyone know what I can do to stop this from happening?

Be really great to get some help :-) 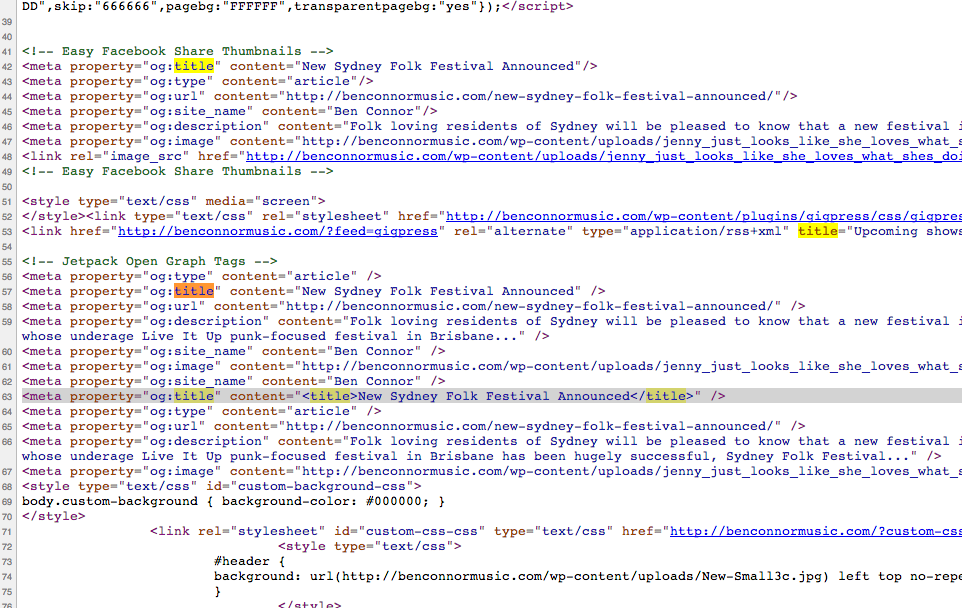 This is how it looks like on my timeline